You maybe aware that the rugby game this morning (NZ time) between Ireland and the New Zealand All Blacks in Dublin created history. It was the first time that Ireland have beaten the All Blacks on Irish soil. Remember they did beat the ABs in Chicago two years ago. 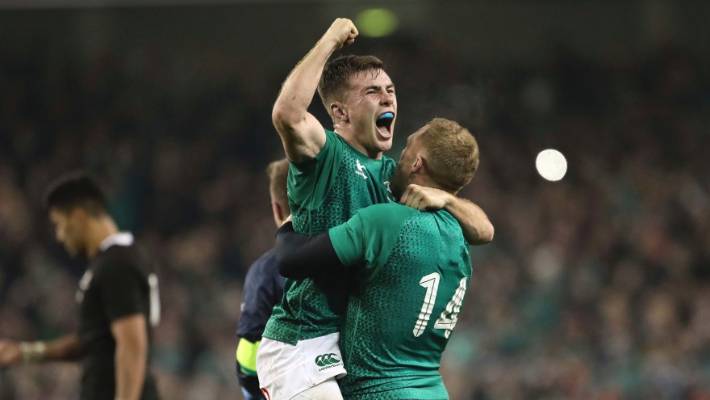 Irish supporters, including myself, will take great pleasure in talking about such a result – lets face it we lost it in the last few minutes 5 years ago on Irish soil at Croke Park in Dublin. What all this alludes to is the fact that as part of this entertainment comes without the public paying for it, the public benefits from an externality.

Those who travelled to Dublin (and those local supporters) for the game and will have no doubt spent a significant amount of Euros tonight in the bars and restaurants around town. Nevertheless the satisfaction (utility) derived in Euros from the game would have been much greater than the price they paid for the ticket. This suggest that there is a lot of consumer surplus present – the difference between the price that a consumer WOULD BE WILLING TO PAY, and the price that he or she actually HAS TO PAY. The success of the Irish team will boost merchandise sales and interest for the World Cup next year in Japan but more importantly it has been good for rugby in general with throwing the World Cup wide open. When the All Blacks play overseas there are significant externalities whether it be the revenue generated in hosting the match or the social benefits to society. Furthermore the lead up to the game brings about a sense of delayed gratification (Behavioural Economics). Looking ahead the fact that people have paid for tickets to the World Cup means that they can reap the pleasures of anticipation of being there. Research (Smarter Spending – see previous post) shows that owning material things from expensive homes to luxurious cars turn out to provide less pleasure than holidays, concerts or even witnessing Ireland beating the All Blacks – where were you when Ireland beat the All Blacks in Dublin? With Ireland’s win national pride increases, along with patriotism and people feeling better about themselves. This is turn brings people together and boosts well-being of the nation. As for the All Blacks they will learn from this defeat as they did against the Springboks earlier in the season. All in all it makes for a great World Cup with supporters experiencing the pleasures of anticipation.

This graph shows the importance of rugby events to visitor numbers in New Zealand. Both the British Lions Tour in 2004 and the Rugby World Cup in 2011 had the effect of increasing numbers significantly. Analysis completed for Auckland Tourism, Events and Economic Development (ATEED) by Market Economics reveals that RWC 2011 resulted in an estimated NZ$512 million net additional expenditure for Auckland between 2006 and 2012. When flow-on expenditure is added (the multiplier effect), Auckland’s economy grew by NZ$728 million over that period.

The Top 10 sectors that experienced the greatest shares of economic growth over the period 2006-2012 due to RWC 2011 were:

There has been a lot of research into how winning a sporting event/game has a collective feel-good factor across the nation concerned, boosting consumer confidence and household spending. If one country needs this more than any it is Ireland. As stated on a previous post this week the Irish economy is in dire straits. The following is from The Economist:

Consumer spending has fallen even harder than income: households saved 12% of their disposable income last year, up from 3.9% two years ago. House prices, which had risen faster than in any other rich country, are 36% below their 2006 peak and still falling. Job prospects are bleak. The unemployment rate is close to 14%, up from 4% or so in the mid-2000s.

So will a first ever win against the AB’s have any impact on consumer spending? I somehow can’t see it eventhough, in theoretical terms, Irish supporters utility (satisfaction) from watching the game should go up as should shares in the Guinness brewery. However, would a win on Saturday be a mirror image of what has just happened to the economy over the last 20 years?

Maybe their best chance is to react to the Haka by doing a piece out of Michael Flatley’s Riverdance show.