Despite a glowing report from the IMF which stated that New Zealand has the second smallest government debt among 23 developed countries, credit rating agency Standard and Poor’s (S&P) has indicated that the overall level of debt has the country vulnerable. Treasury estimate govenment debt to be 27% of GDP by 2015 but this compares to total net debt at 90% of GDP with much of this in the private sector. 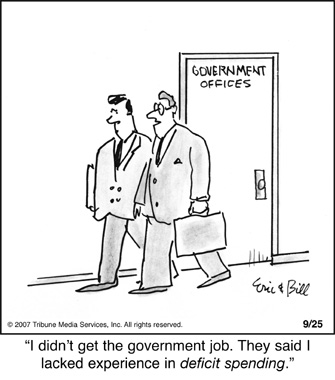 Their concern is that if there is a major budget crisis in other countries this could make markets nervous about investing in high debt economies – both government and private debt. New Zealand is borrowing up to $240 millilon dollars a week and if the former were to happen interest charges on that borowing would go up (maybe a downgrade by credit rating agencies) which ultimately would effect growth in the economy and the NZ$. S&P suggest that there is a need to rely less on foreign funds and generate more export revenue especially from the Asian markets. The balancing act is making sure that debt as a % of GDP doesn’t get too high but at the same time generating growth in the economy. Click here for Brian Fallow’s column in the NZ Hearld.